PINE ISLAND, Fla. — It’s been more than a month since Hurricane Ian pummeled Southwest Florida. While many homes may look okay from the outside, residents are now finding out that a dangerous mold is growing on the inside of their walls and underneath their floors, and it may not show up on an insurance inspection report.

“When you opened the door, you could see the sky because the roof there was missing,” St. James City homeowner Bill Doyle said as he showed ABC Action News how Ian took part of his roof, blew out a main window, and continued to dump rain inside of his home for hours.

“This is what happens when wood gets wet and dry. It expands the caulk line,” iMold owner Brian Bland said. “So if you see any of this, that’s called material separation.” 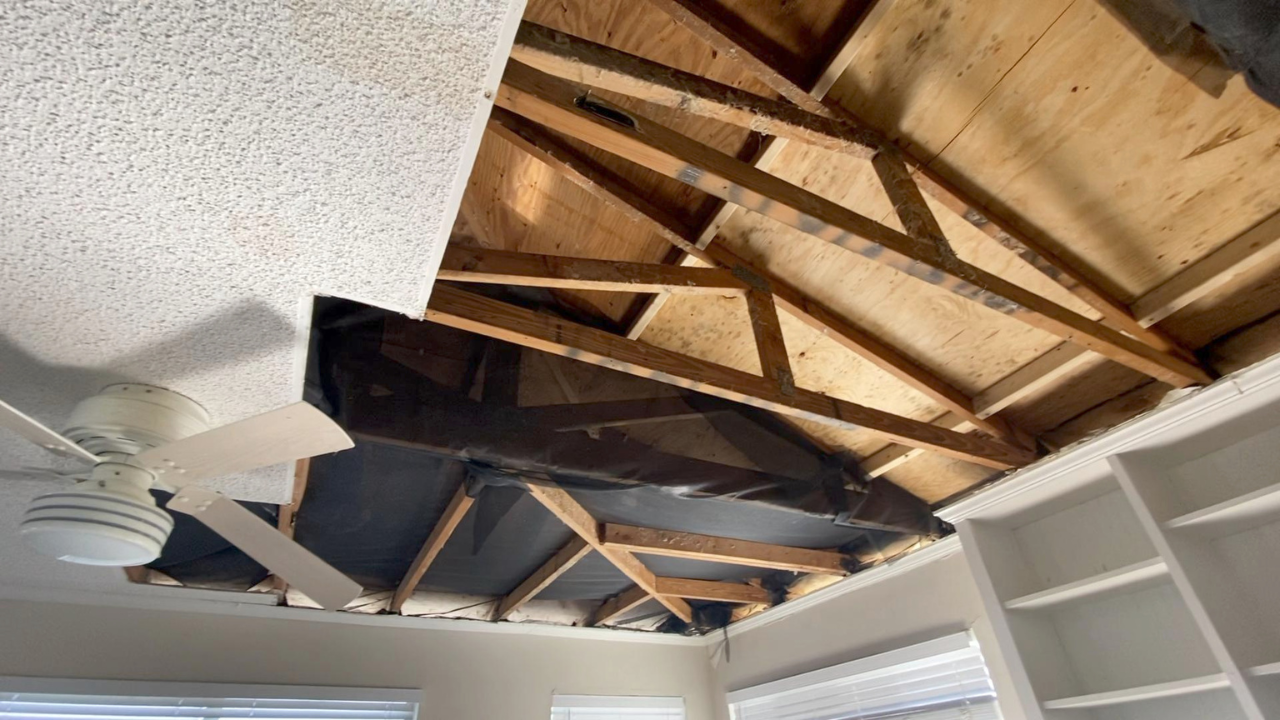 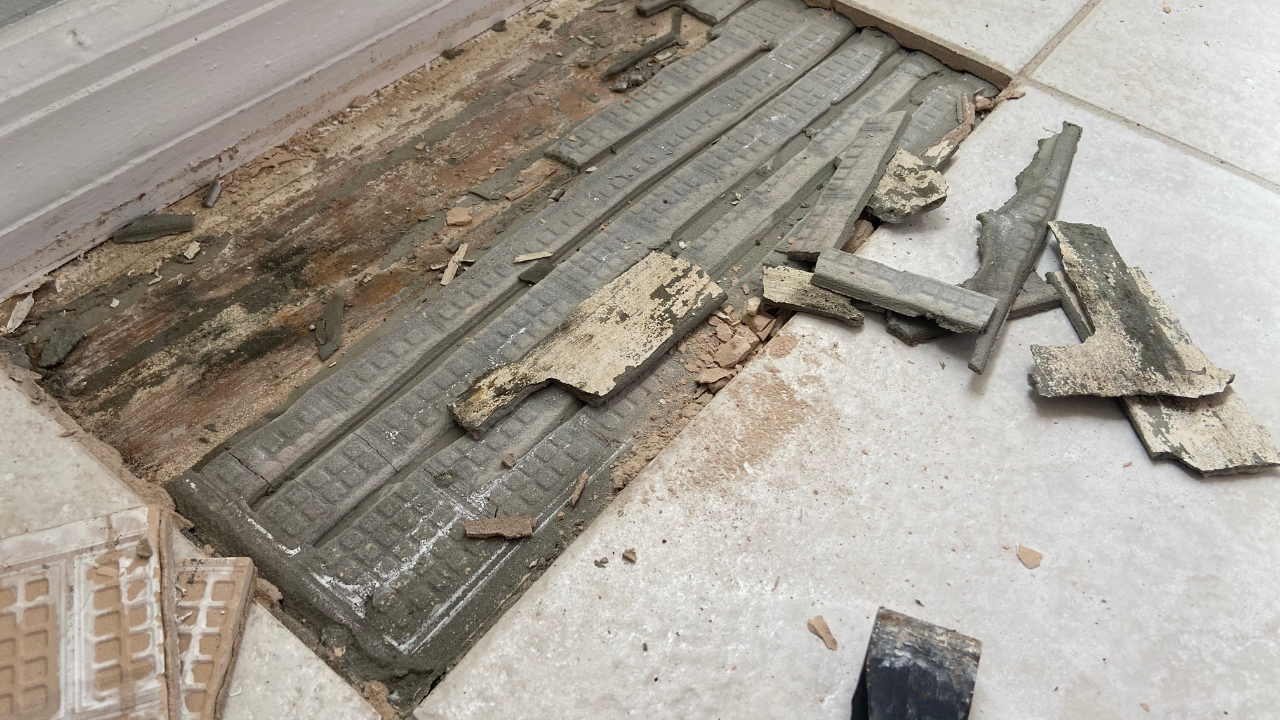 Doyle said he’d been advised to call Bland for his expert opinion, despite his insurance adjuster.

Bland walked ABC Action News Reporter Stassy Olmos through the damages in Doyle’s home, noting that it wasn’t just the average rainwater that saturated the house.

“It’s Category 3 water—high nutrient and high fecal matter, high bacteria, lots of mold spores,” Bland said. “From where it was spinning… picking up chemicals, picking up the muck in the bottom of the canal, and kind of dropping it in through our roofs, pushing it through windows, or flood surging into our homes.”

He showed us what it looked like to the naked eye as dark spots on Doyle’s ceiling a foot long, and then he had Doyle pull up a tile by the window that had blown out.

“Here we have fecal matter, bacteria… and mold,” he showed us as he picked up a few pieces of tile riddled with green, powdery-looking mold.

“I was sick. I’m still sick right now,” Doyle told us. “I was in denial. I didn’t think I had mold like that until I started peeling things back… I’m still in shock.”

“This is my 20th storm,” Bland exclaimed. “This one, it was epic. The storm surge, real different from all the other storms.”

Bland said they’re getting “a thousand” calls a day, and since they’re unable to answer them all, some people are getting upset.

He told us that he is starting with his neighbors in St. James City, what he now calls a city of mold.

“Everybody, every house that had either soaked floors on a wet wood subfloor, or you had the category three water because you’re a first story and you had the muck,” he said.

But his main concern, he said, is that “insurance companies are pushing back.”

The only reason Doyle knew about the mold in his home was from hiring his own inspector with Healthy Home Inspections, Inc.

We looked through their report. In it, they note finding “Category 3 water intrusion” with a meter from the ceilings to the floors.

The report states, “Category 3 water damage can result in illness or even death if ingested” and “should be removed.” 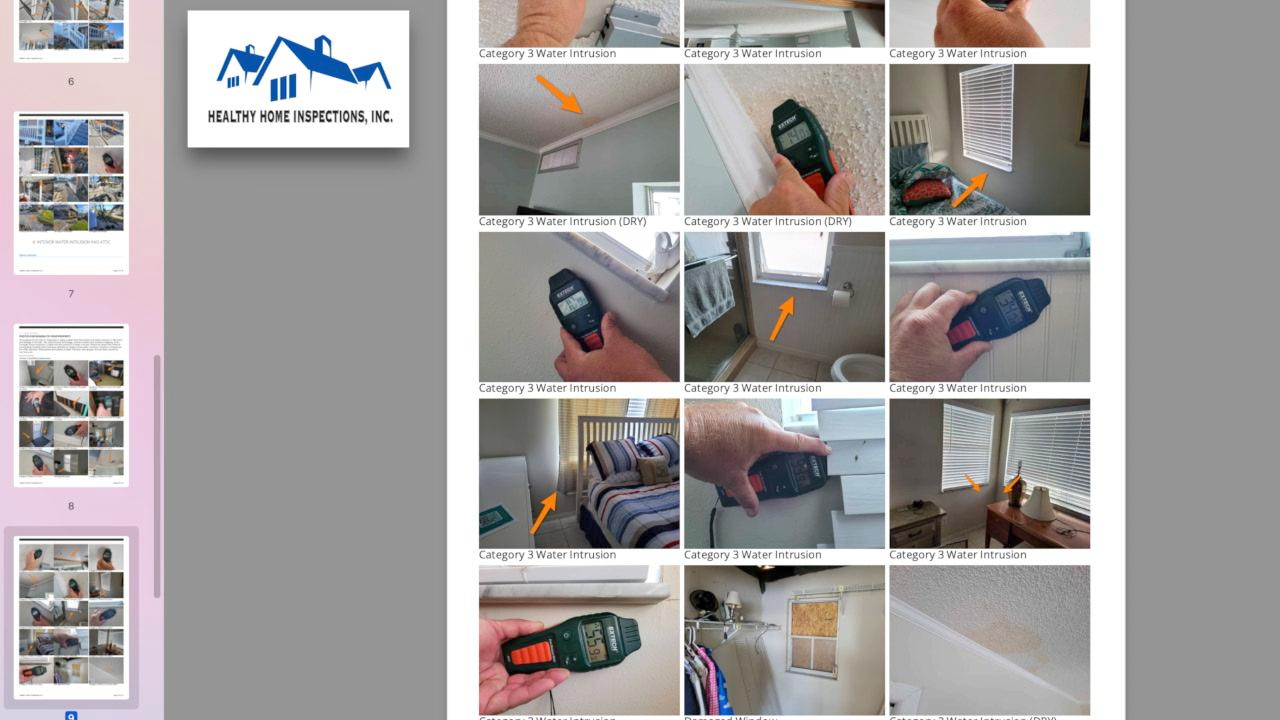 We then compared the report with the inspection report from Doyle’s insurance company, Citizens Property Insurance Corps. 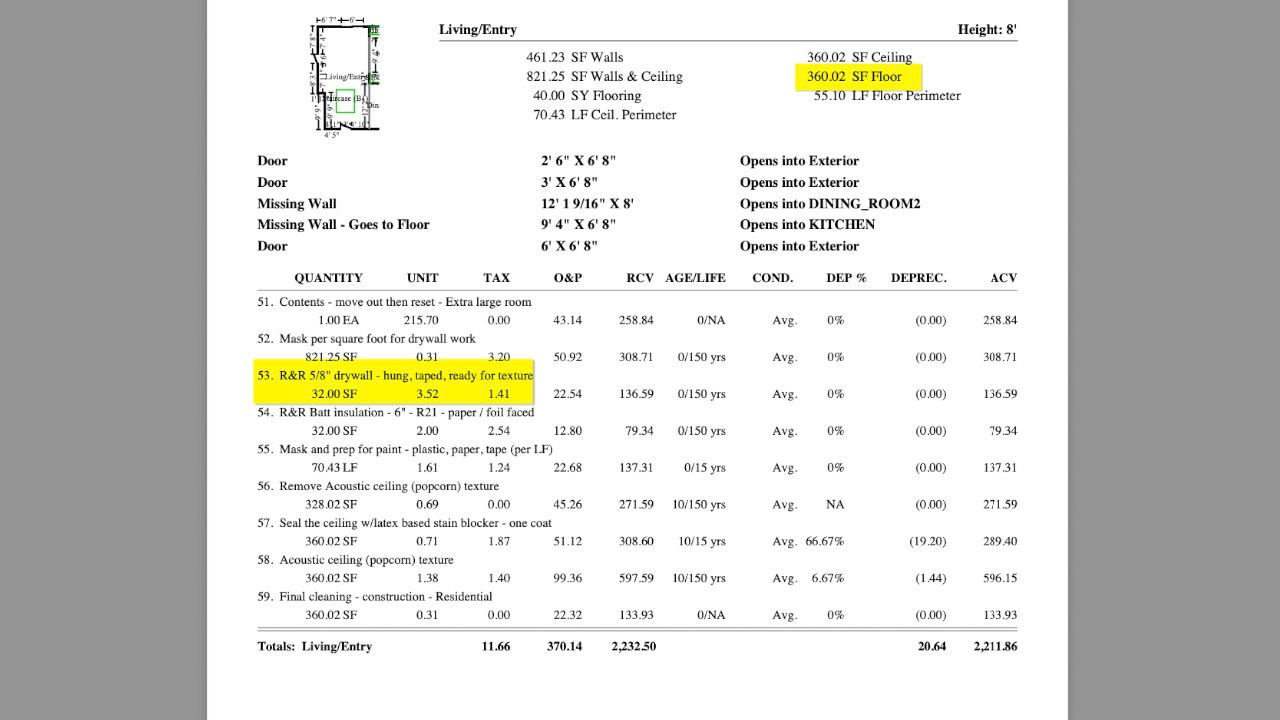 Just looking at the living/entry room, the Citizen’s report states only 32 square feet of the 360 square foot drywall on the ceiling needs to be replaced.

Tile flooring replacement is not mentioned.

We went to Citizens to ask why their report did not mention the Category 3 water or mold.

“As people are redoing, or going over the damage of their homes, as they’re starting to rebuild, things will come up that weren’t seen… in the first pass through,” Citizens spokesperson Michael Peltier said. “We encourage those people to bring that additional information to us… to their adjuster so that we can respond accordingly.”

We then pushed further, asking if every homeowner would have to pay for an independent inspection in order to find out if such dangerous mold was growing in their homes.

“If there’s additional information that’s found… as you’re going through the recovery process, rebuilding process, we need to know that so that we can adjust claims accordingly,” Peltier said, adding that policyholders can submit adjustments for up to two years after the claim is opened.

We then asked if homeowners would be reimbursed for any independent inspections they have done. 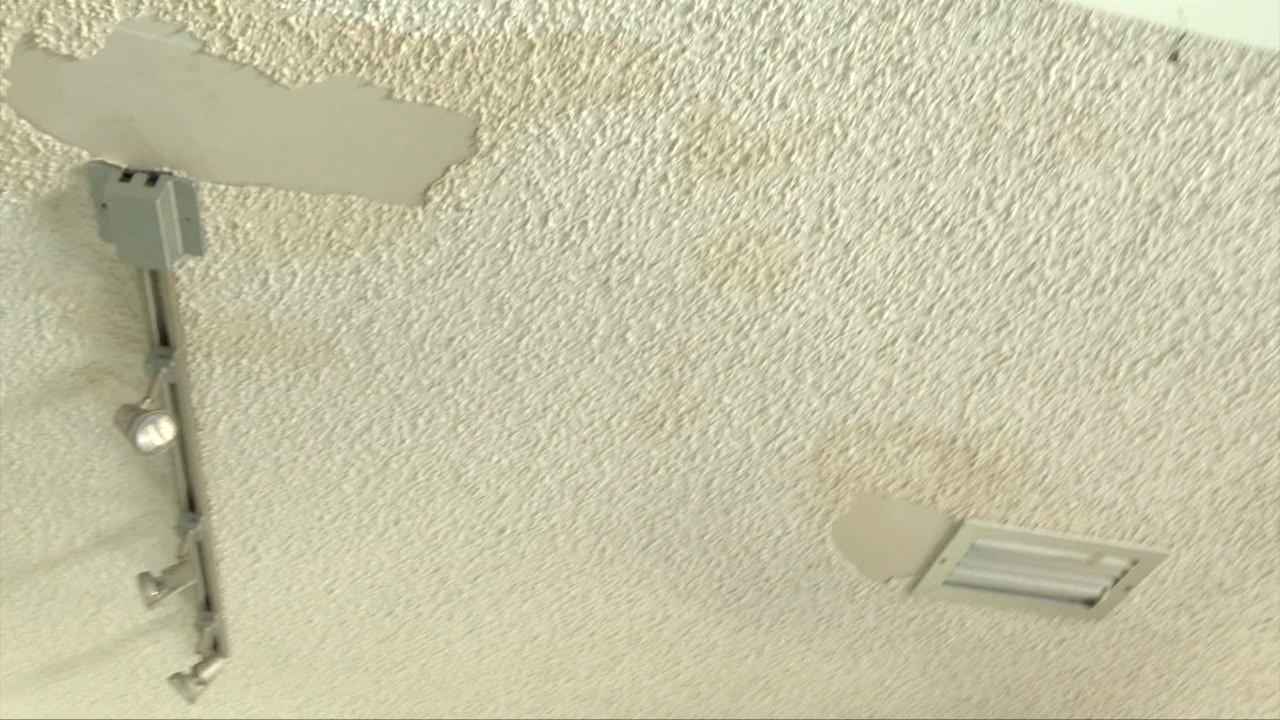 Peltier said that an insurance claim payout could be used toward the inspection as well as the remediation. He added that most of their customers have about $10,000 in mold coverage.

That’s true in Doyle’s case. We checked his policy, and he has exactly $10,000 in mold coverage. He told us that he sent the independent report to Citizens, along with the total for remediation work, which is close to $30,000.

He is still waiting to hear back.

“The biggest thing for people to know… is make sure you get that third party assessor, hand that to your insurance company,” Bland said. “It’s kind of like going to court. You don’t want to use the prosecutor’s evidence against yourself. You want a third-party neutral company to document what happened in your home.”

Bland also said it is very important that homeowners don’t just bleach their walls and floors and move forward. This type of mold can be reactivated by moisture. Something as harmless as mopping the floors can make everyone in your home sick. 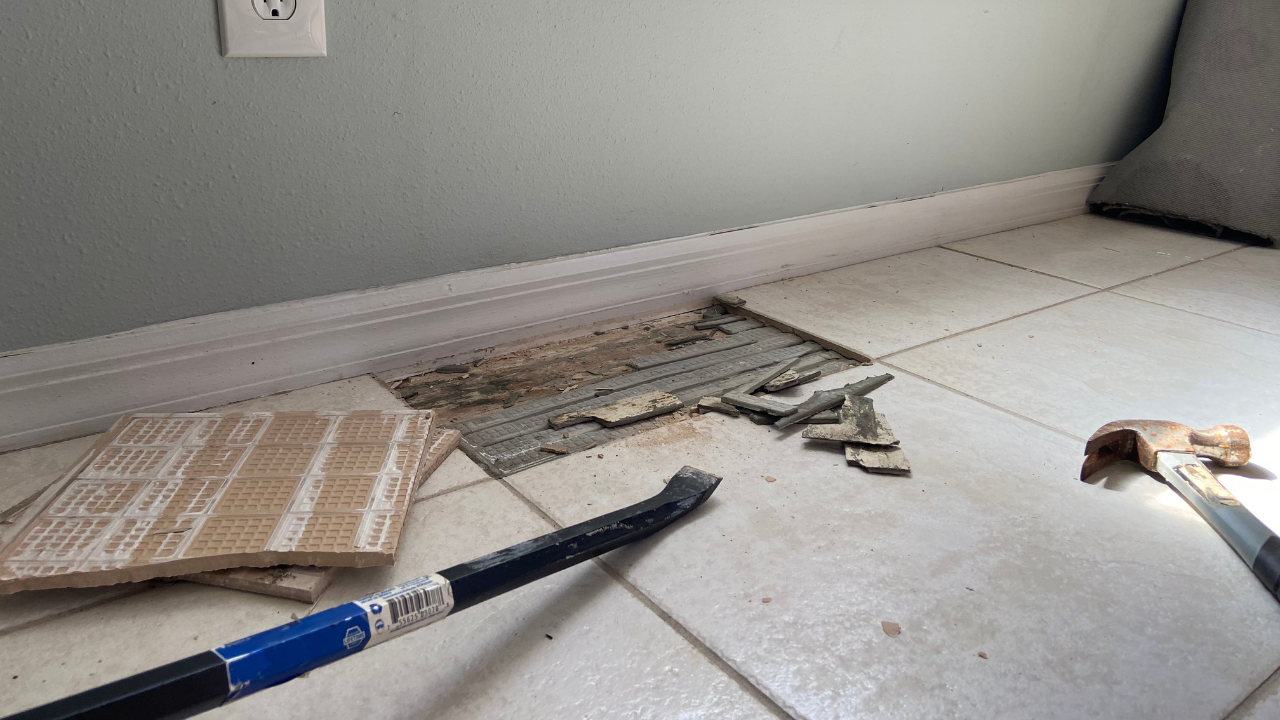 While the same Citizen’s report allotted .31 cents per square foot for cleaning, several experts have told us that’s not enough for the proper type of cleaning Category 3 water intrusion would need.

Bland admitted that the job of saving “the city of mold” is too big for him and his team. He’s already bought more trucks and is trying to get to as many calls as possible.

He said that contractors have come and tried to help, but they’re not licensed in Florida to legally do the work and do it right.

He suggested that Florida Governor Ron DeSantis could help these contractors either get licensed in the state or help insurance companies understand the dangers and responsibility.

“If he were to maybe talk with the insurance companies, talk with the FEMA people… Make sure that we’re all on the same page,” Bland said. “I’m helping people 20 hours a day… I’m not reaching enough people. Every house here that had the same thing happen needs the same protocol and steps taken.”